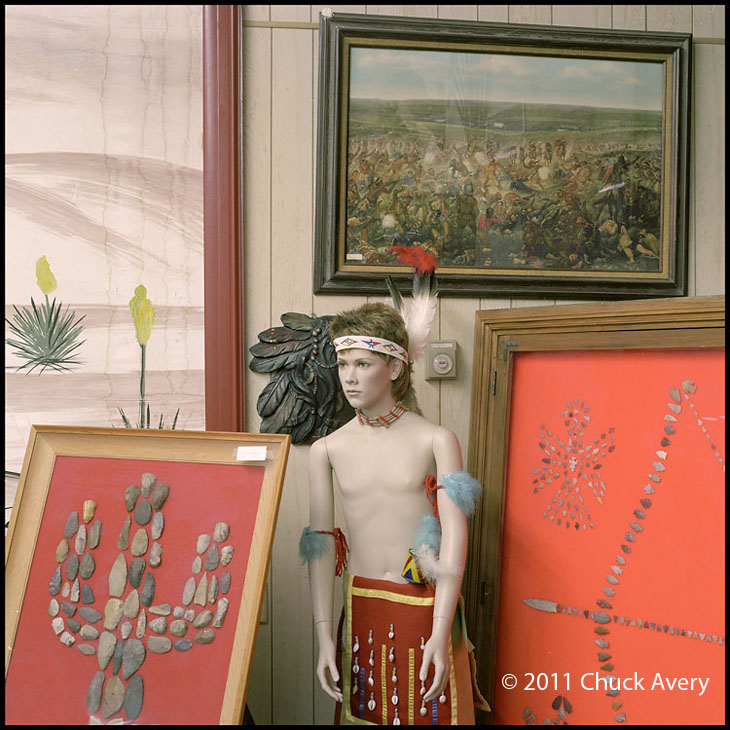 One of my earliest memories of a visit to a history museum was seeing the skeleton of Fox Indian Chief Peosta of the Mesquakie tribe on display at the Ham House Museum in my hometown of Dubuque, Iowa in the early 60’s. As an impressionable young boy, it both frightened and perplexed me. I must have learned something about being on the losing end of history that day. Of course, our cultural sensibilities have shifted considerably since then. The Ham House has stripped out the displays that I saw as a child and now presents its building as a restored landmark. As a result of this and similar experiences, I am driven to understand how institutions like this reflect America’s historical and cultural legacy.

With that in mind, I traveled around the United States from 2008 until 2012 to visit and photograph other historical sites and museums. My travels took me to areas rich in history, including Boston, Richmond and Los Alamos. The scale of the places I visited ranged from local county museums run by volunteers, to large Smithsonian-affiliated institutions. The stories and themes I found there were those of power, mythology, conflict, preservation and interpretation.

Each place I visited added a unique voice to these themes and to the ongoing process of interpreting and evaluating our historical and cultural heritage. The end result is a sometimes contradictory, often self-serving and occasionally conciliatory mosaic of information that reflects popular notions of who we are as a people. I consider my photographs as an assemblage of voices from around the country – voices eager to have their take on the American story heard. 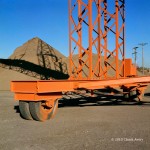 Maple Grove, Minnesota, a northwestern suburb of Minneapolis, is the place you move to when it’s time to get out of the city and take up with a population that looks and thinks like you do. It’s a typical exurban island: 83% white, 83% with post high school degrees and 49% of house sales for homes over $300,000. It has grown from a sleepy village of 2,213 in 1960 to almost 72,000 in 2019. This population growth has spurred the opening up of needed land for the construction of housing and the retail development to support it. Since the late 1990’s the city has been investing in transforming a 100-year-old sand and gravel mine area of 2,100 acres into a destination commercial and residential area. This area is officially known as the Gravel Mining Area (GMA). As the mining operations are completed here, the land is being flattened and filled to accommodate the construction of the housing and commercial property that will sit on top of it. This construction in turn uses the sand and gravel being mined there to build the rising development. This process has created a contrast between the barren and elemental landscape being mined and readied for development and the already completed facades of the suburban shopping, dining and housing complexes that are slowly consuming it.

I first chanced upon this barren and evolving landscape in 2002 when urban flight was at its height. I have been photographing it ever since. In the early years of exploration it was an empty sea of hills and sand and dirt – a raw, almost monochromatic landscape. Hiking through this area brought up emotional undercurrents of violence, desolation and control. As the years have gone by, the commercial and residential development has slowly transformed the land into a very typical suburban planners dream: flat land, wholesome architecture with green amenities of parks and lakes. 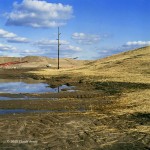 My photographs are a response to both the violence and control one feels while hiking through the undeveloped mining areas and to the aesthetic uniformity of the development that is continuing to be constructed there. There is also a strange beauty to be found in the machinery and man made elements that seem to stand in control of their immediate environments. But what does all of this progress mean? And who benefits from it? What does the future hold for this kind of Ozzie and Harriet utopian dream? These are some of the questions that a development of this magnitude raises. Maybe one could say that the American dream is made of sand and gravel. 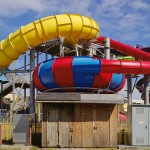 I have always been fascinated by the camera’s ability to capture the minute details of the many worlds and universes embedded within our everyday environment. There are many stories to be told by what is left behind in overlooked and overgrown sites in states of transition, where forces of nature and man leave their marks.  By photographing these found tableaux in an ambiguous context, it is my hope that they can be a starting point for one to ponder what may have been, or what may come to be.  I strive to give substance and meaning to my images by emphasizing the visual language of form, texture, color and detail.