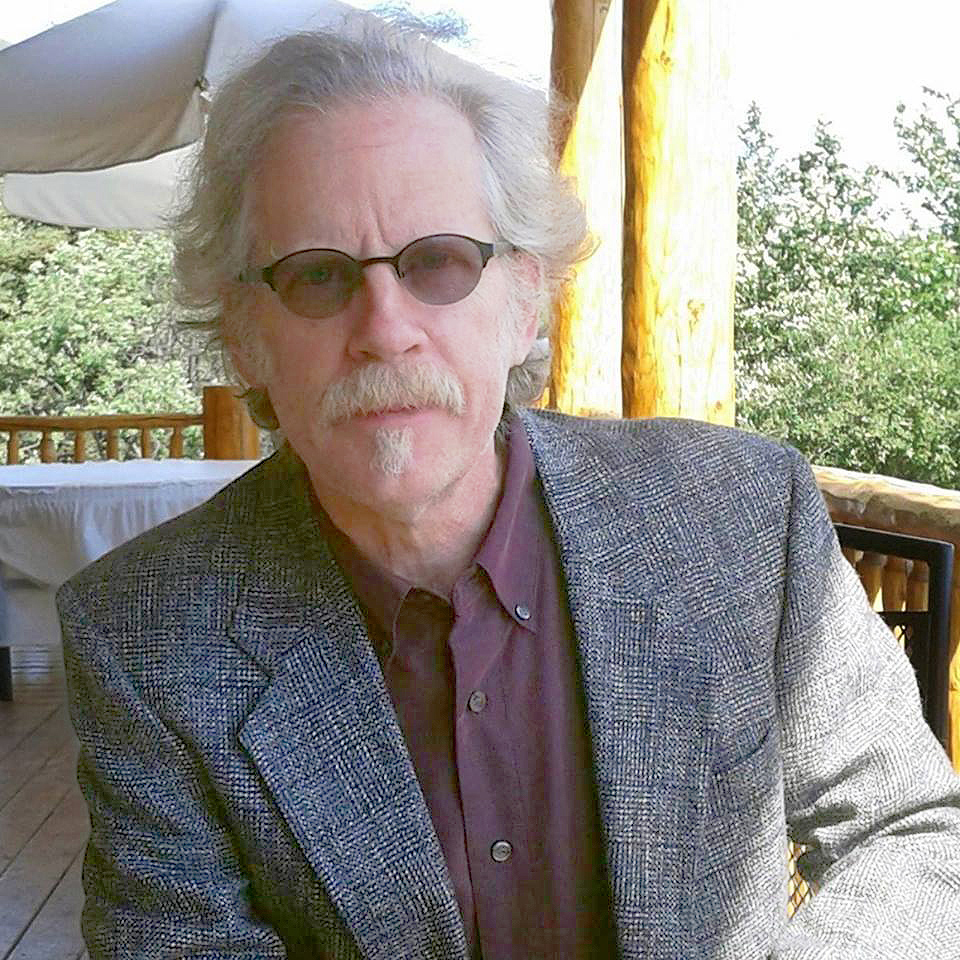 Photographer Chuck Avery was born in Dubuque, Iowa, in 1952. An early interest in design and form led him to study architecture at Iowa State University, and serve an apprenticeship with an architect from 1970 – 74. It was during that period that Chuck realized his true calling was photography.  Avery studied at the Kansas City Art Institute and graduated with honors in 1977 with an emphasis on the documentary mode of photography. His work since 2003 has concentrated on suburban expansion and sprawl, and the language and messaging found in historical sites and museums. He has exhibited nationally and internationally, from New York to San Francisco to Ping Yao, China. He was the recipient of a McKnight Fellowship in Photography in 2010 and produced a book titled Museum at the end of his fellowship. His work is included in the collections of the Weisman Art Museum in Minneapolis, Minnesota, the Nelson Atkins Museum of Art in Kansas City, Missouri and was featured in the Midwest Photographer’s Project at the Museum of Contemporary Photography in Chicago, Illinois.

Q. Chuck, I understand that the experiences of growing up in the 50’s and 60’s made a huge impact on your development as an artist. Can you discuss your youth and how influences of your early years can still be found within the context of your art today?

The obvious influence that I carry from that time period is an awareness of how politics and social issues are used to shape and mold public opinion. My biggest struggle as an artist is in finding an effective means to voice those concerns. In high school, I was attracted to architecture and won statewide honors for some designs I came up with. I studied architecture in college for a couple years before landing a job in a small architectural firm learning the nuts and bolts of the business. You can find both influences up front in my work; in the political/social themes of my projects, and in the structure of my images.

Q. I understand that you studied at the Kansas City Art Institute. Can you discuss that experience? For example, did you have any influential instructors at that time?

I went straight to art school after deciding I didn’t care for the Business of architecture. I had no background whatsoever in art at that time, so I was like a sponge for those three years, absorbing and loving every minute of it. I gravitated towards documentary photography, and was helped in developing my ideas and thinking by Gary Bodenhausen (instructor) and to maybe a greater extent by my colleagues in the photo department. It was a very fertile time. I spent a semester on the road in 1976 doing an independent study photographing sightseeing attractions. From this I produced a two-volume book set titled (surprise!) Sightseeing. I have picked this project up again after 25 years and am currently working on it with new ideas and perspectives.

Q. At what point — before art school– did you find interest in photography? What attracted you to photography compared to say, painting? Did you always have interest in art and in expressing yourself visually?

I’ve had an interest in photography since I was an eight year old with my first Diana camera, taking time exposures of taillights streaking by in front of the house. It was a natural attraction sparked by curiosity of what the possibilities with film and a lens were. My creative impulses never translated to anything else other than model cars at that early age. It wasn’t until I packed off to art school at the ripe age of 22 that I discovered and locked into my very own personal muse.

Q. What can you tell us about your other influences? Where do you find inspiration, so to speak?

My main influences have been photographers: Walker Evans, Louis Baltz, Stephen Shore, Robert Adams and Lee Friedlander. Walker Evans made it clear to me that social and cultural issues can be effectively and poetically addressed with astute observation. Shore opened my eyes to the use of everyday color. Friedlander redefined the boundaries of the frame, giving a new freedom to the camera. Baltz and Adams opened my eyes to the use of landscape as a metaphor for our cultural state of being.

Q. What are the social implications of your art? Do you have specific message that you strive to convey to viewers about society as you see it?

My work is about documenting aspects of the American cultural landscape and its effect on both our physical environment and our understanding of ourselves. My images are not overtly political, but are intended to give pause and thought to cultural and social issues. My aim is to raise perception and awareness of issues that tie into how we act as a culture. How does or lifestyle impact the environment? How do we perceive ourselves, and how do we form this self-image? Is this self-perception an accurate representation, or is it a polished idealization? It’d be nice to slap people upside the head to make them aware of these concerns, but then we delve into the realm of dogma and the message is lost. I am presenting a point of view that invites consideration of these ideas by creating art that works as strongly on an aesthetic level as it does on a social/political level.

Q. Chuck, after graduation you spent the next twenty years raising a family. My understanding is that during that time your photography work was sporadic at best. Having helped raise your family you were able, In 2001, to devote your full attention to photography once more. Do you have any regrets concerning the years you were unable to focus on photography fully? Or would you say that the life experiences during those years have helped to make you a better photographer?

First off, I have no regrets. It was an easy decision to focus my attention on raising my family, rather than developing my art. Besides, the time and energy needed to do that (I was working in photo labs full time) just wasn’t available, and I didn’t want to do it half-assed. When I started back up in 2001, the first thing I did was to review and print the images that I had shot over those years in order to get my bearings. It gave me a good sense of where I was at and allowed me to pick up certain threads in my work and move ahead with them. Plus it gave me a huge shot of energy to see that I hadn’t lost my way.

Q. As mentioned, you were able to work on sporadic projects during those years. Have you noticed a shift in direction since 2001 compared to the photographs you took up until that point? Or is the work a continuation of the work you had done before?

Most of what I shot over those years had more of an internal focus. There is a lot of attention to decay and growth, of transitional states in this earlier work. As I began shooting with purpose again, I was searching for a way to express my larger social and political beliefs. Finding a suburban area undergoing massive development gave me a vehicle to finally express some of these concerns. This led to my series called Landscape of Progress, which was selected as a finalist in the New York, New York competition here on Myartspace. The tight focus of this project was a change in direction from the more exploratory work that had preceded it. However, my current project is touching on themes that I developed while at art school, notably the continuation and refinement of my sightseeing series. So I guess it’s a little bit of both, to answer your question.

Q. Tell us about some of your recent projects, such as Architecture of Amusement. Perhaps you can go into further detail about the thoughts behind your work as a whole… the themes you explore and so on?

I’ve changed the title of this project from Architecture of Amusement to Popular Culture. It is an outgrowth of the books I made at the Kansas City Art Institute in the 70’s called Sightseeing. The focus of this project is the role that the tourism/leisure industry plays in the institutionalization of our cultural memory and identity. How is American cultural history presented and perpetuated by museums, tourist, and recreational attractions? To help answer that question I am looking at the stories and information that you find when traveling and visiting these types of places. As I said earlier, the biggest challenge I have set up for myself is to interject political thought into my work without making it strident or dogmatic, while at the same time making the images interesting and inviting for the viewer. I don’t know where I am at on that spectrum, but I at the root of it, my work is about the image and making your eyes happy.

Q. You were one of the 50 finalists in the Myartspace New York, New York competition in 2007. You are currently showing some pieces at the Coalition for Photographic Arts in Milwaukee in a regional show juried by George Slade. What do you enjoy about competitions and juried exhibits? Would you say that it is important for artists to compete?

Juried shows and competitions are one avenue to get my work in front of the eyes of curators and gallerists who can make a difference. It is an easy way to get the work out there, while pounding away at the grant applications and doing the marketing dance. I would definitely recommend doing it, but it is only one leg of the work that you need to do to have a chance at being successful.

Q. I understand that you will have a solo show in February involving your Landscape of Progress project. Where will that take place? Perhaps you can give us some further detail about that exhibit? Do you have anything else lined up?

This will be a small show of 12 – 15 images in conjunction with the Phipps Center for the Arts in Hudson, Wisconsin. It is part of a Healing Arts program that is staged at the newly built hospital in town. It will be up for about three months starting in February 2009. The rest of my focus for next year is to travel and shoot as much as possible.

Q. Finally, is there anything else you would like to say about your art and the goals that you have?

I am thankful for the help that I have had in the few years since I’ve become a practicing artist again. George Slade of the late, great Minnesota Center for Photography here in Minneapolis has given me much encouragement and guidance to help me get to where I am now. Publishing a book of the Landscape of Progress series is a major goal of mine (you can find my current version of it on Blurb). I am hoping to have Popular Culture finished to the point of being ready for solo showing by this time next year.